Home About What we do Profile

Madhuram Narayanan Centre provides early intervention to children with diverse developmental disabilities / delays with Mental Retardation and other associated conditions like Autism spectrum Disorders (ASD), Cerebral Palsy (CP), Down Syndrome (DS), Attention Deficit Hyperactive Disorder (ADHD), Microcephaly, Hydrocephaly with some among them having in addition visual, hearing and/or physical impairments. The children also include those with brain damage due to various reasons in the antenatal and natal periods of pregnancy in mothers and asphyxia at birth, infectious illnesses, nutritional deficiencies during infancy and early childhood years.

The Centre has so far provided services to over 5,200 children. About 150 children are present at the centre on a daily basis and receive training with their parents or caretakers. The children who receive the services from MNC come mostly from the city of Chennai and its neighbourhood. The centre also caters to outstation children. They include those from the other States in India and also from countries overseas. 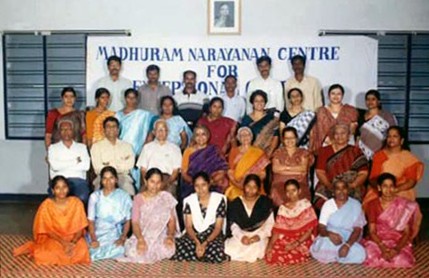 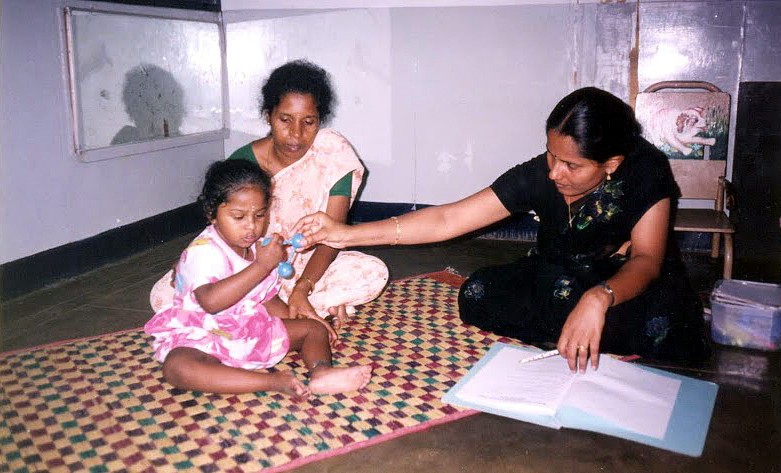 Educator-Child Interaction
As part of Upanayan Training Module, in this picture Ms. Hema our Special Educator is seen encouraging a child to handle a toy to increase Motor skills, while the mother is observing the skill 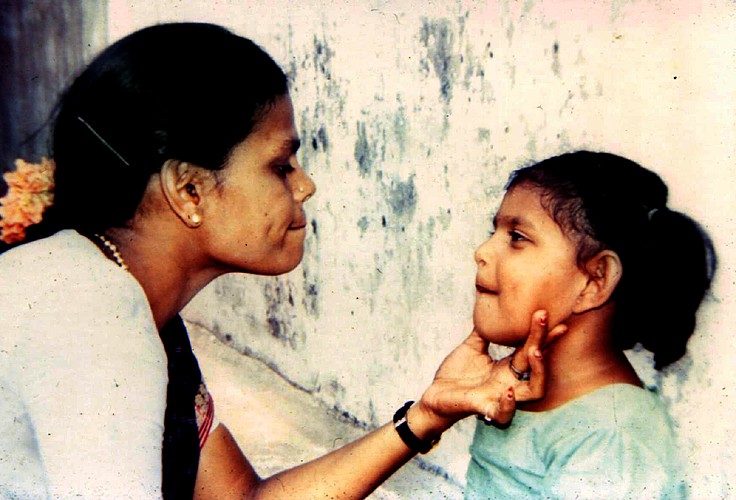 Parent Interaction
In this picture the special parent is seen transferring speech therapy inputs to her child. 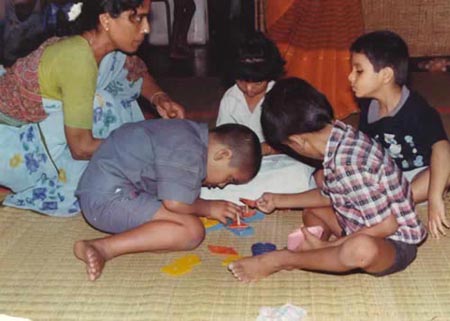 Peer Interaction
Learning from each other through peer interaction. 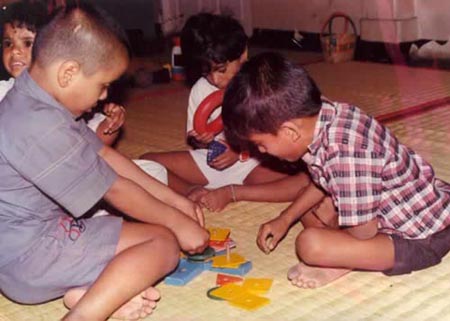