Madhuram Narayanan Centre introduced a new event SAMYAM in 2013. Every year this event is being celebrated in July.

Samyam creates a platform by bringing all the children along with parents together for :

Madhuram Narayanan Centre introduced SAMYAM in 2013. Every year this event is being celebrated in July. This year it fell on 16.7.2022. For the past two years this event had been celebrated online due to the pandemic and it is only this year we have had the fortune of celebrating it physically. This project was conceived to bring the Past students, Present and the new entrants together into the Centre during the year. The present students and the new entrants find motivation in coming together with the past students and interacting with them. The past students find guidance and reassurance in the teachers that they are on the right track.

It was inspiring watching the children perform at Samyam. The programme started with lighting of the kuthu vilaku signalling the inauguration of the function by the chief guest Mrs. Sumitra, mother of our old student. She is a special mother turned special educator. She came to MNC in 2007 as a parent seeking Early Intervention for her son S Dharshan. She then worked with us for 2 years as an assistant teacher. She was very earnest in her work and we have fond memories of her. We remember when one of the children here suddenly lost her mother; she had taken the child to her home and cared for the child for two years before her father was ready to take care of her. Her desire to help her son and other children like him made her do the Diploma course at our AVMVK Academy in 20014. She then joined Maithree Special school was a teacher there for 10 years. You will all be happy to know that her son has completed his 12 standard and is pursuing DCA course.

The kids in vibrant costumes and prop-ups performed action song after action song. The birth to 4 years performed an action song starting – “Kiliakka Kilakka’ enge poringa? Here the children pretended to be birds and animals being questioned where they were going and pat comes the answer in search of our food. 4-6 group children presented an action song called “Pattam Parakuthu” The song was about a kite that enjoys flying in the sky. The alumni presented an action song “Sollathe Sollathe” – meaning do not tell anyone. The children subtly told the world that everyone is asking them not to say this and that and what they could say? They decide to say that they are coming to MNC to get intervention. When the children said this to the audience, the applause took a long time dying. The kid’s dedication to their assigned roles and their effort to portray them despite cognitive disabilities touched the audience. It showed they were loved and taken care of by all the teachers of the institution.

Mrs. Sumitra, the Chief Guest gave her suggestions to the parents. She said you may feel depressed or angry at times, but remember that only the mother can help her child with patience and perseverance. She cited her own life as an example and said that what she has gone through was very difficult, but when she sees her son in a diploma course she feels all that was worth it. The audience was encouraged to be optimistic, have courage in all the things they do and be selfless in their approach.

The day ended with a dance show by a section of parents and an interactive session amongst the parents old and new enriching them in their orientation towards Early Intervention program, thanks to the platform created by MNC, followed by refreshments. 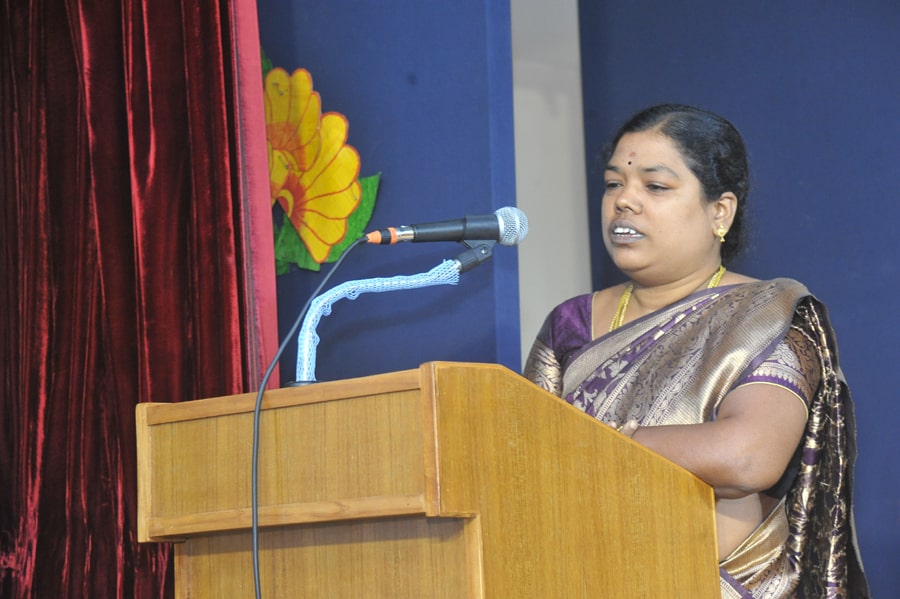 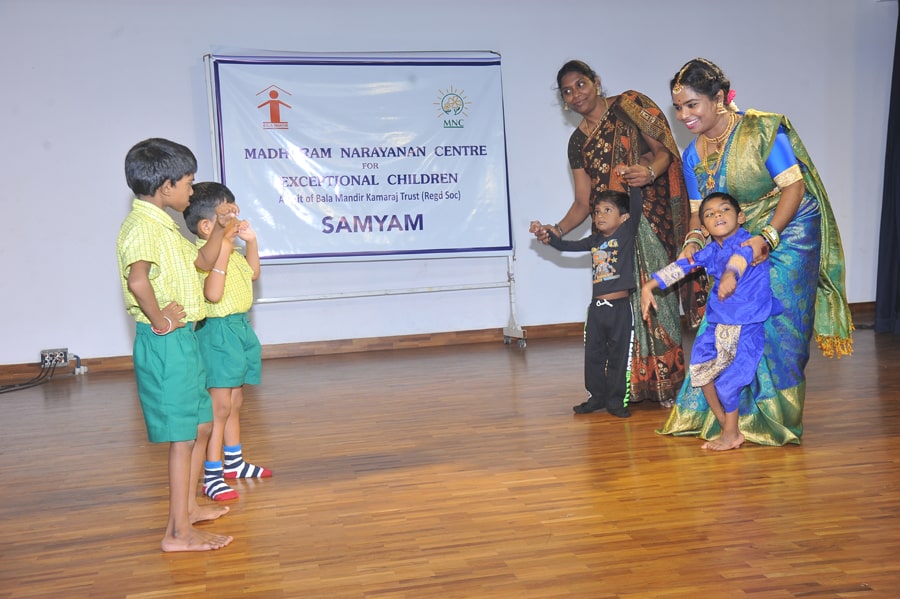 The 0 - 4 group performing an action song 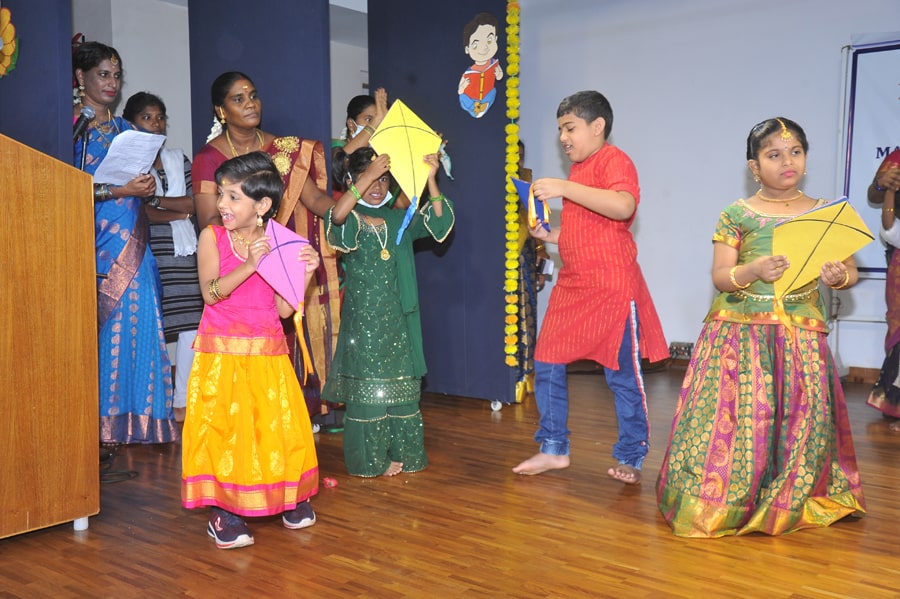 Action song about the kites by 4-6 group 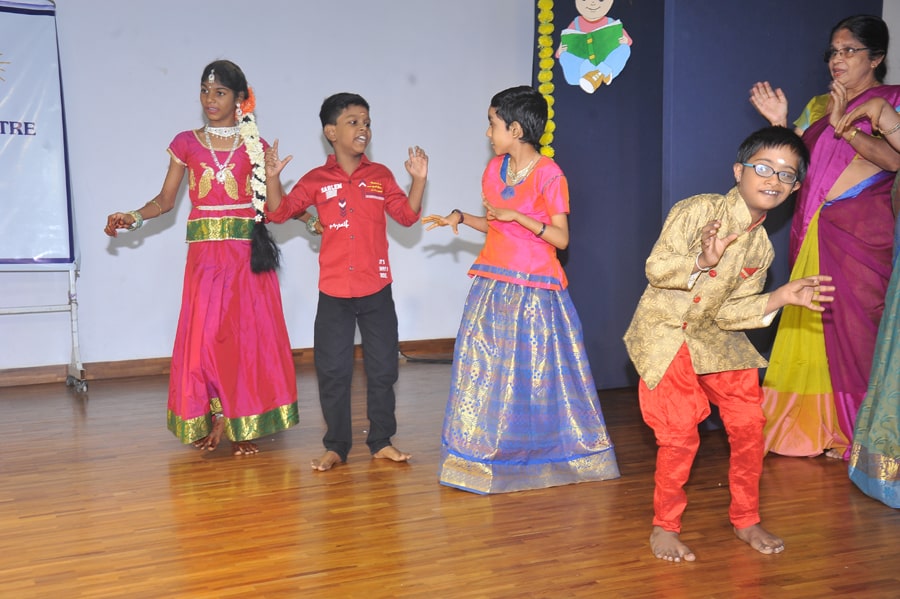 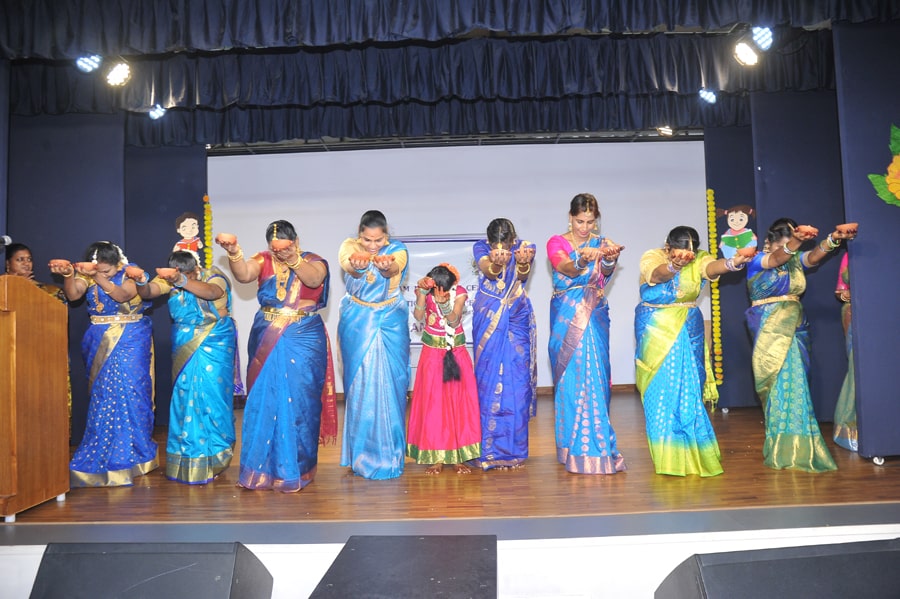 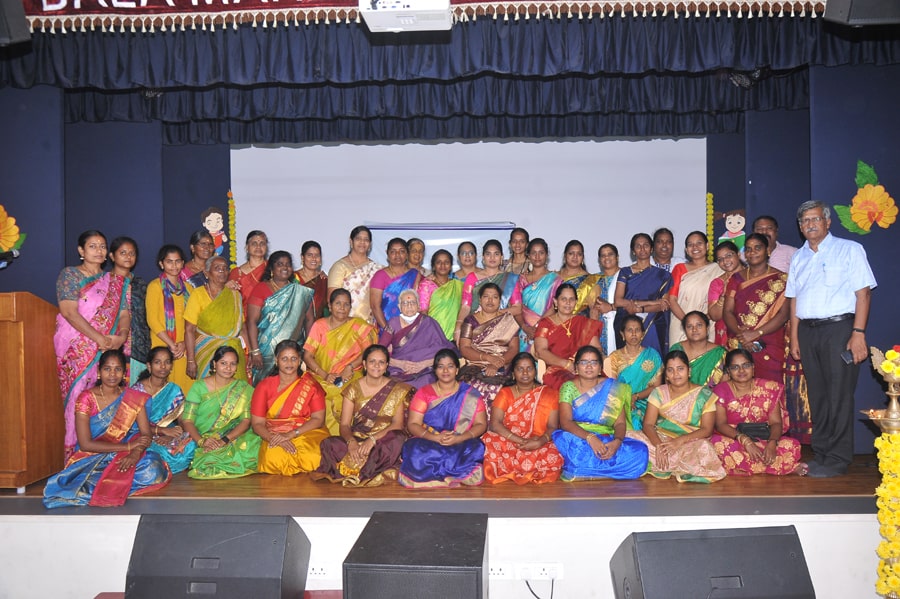